Frankie Dettori: Discussing The Phenomenal Stats of the Legendary Jockey 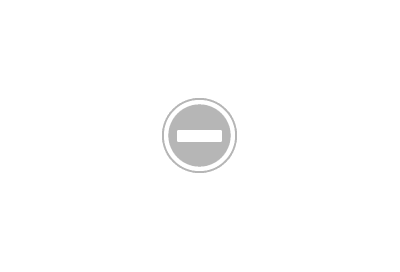 If there’s one name in racing that is guaranteed to draw your eye on the race card, it must be Frankie Dettori. The 50-year-old Italian has been at the top of his game for so long that it’s become almost unnewsworthy to report his success. Dettori is, of course, a big race jockey, and he has won everything there is to win. Below is a just a small slice of his huge list of big race wins:
Ascot Gold Cup – 8 times
Prix de L’Arc de Triomphe – 6 times
The Derby – 2 times
1,000 Guineas – 4 times
2,000 Guineas – 3 times
The Oaks – 6 times
St Leger – 6 times
Breeders Cup Classic – 1 time
Breeders’ Cup Turf – 5 times
Those are some stunning statistics above, but, in truth, they only scratch the surface of what Dettori has done in a career that now spans over three decades. And, don’t forget that
Special day at Ascot 25 years ago
Perhaps the most legendary feat was, of course, the Ascot Magnificent Seven. It was one of the greatest achievements in any sport, not just racing. Twenty-five years later, people are still talking about it. And it’s even being immortalised in the Frankie Dettori’s Magic Seven slot by Playtech. But in betting terms, it will probably never be repeated again.

If you weren’t aware, the “Magic”, or “Magnificent”, Seven refers to the day when Dettori went through the card at Ascot in 1996. Seven races, seven wins. The combined odds were something in the region of 25,000/1. And, yes, there were people who backed all seven winners in an accumulator bet. The names of those horses – Wall Street, Diffident, Mark of Esteem, Decorated Hero, Fatefully, Lochangel, and Fujiyama Crest – will go down in bettors’ folklore.
Dettori has a tremendous strike rate
But what about the day-to-day grind of Dettori’s rides? We know he delivers in the big races, but is he the name you should always be looking out for on the race card? His stats are up there among the best. For example, he had a 21% strike rate when racing in Britain in 2021; 58% of his races were top-three finishes. You have to take those stats into consideration if you are betting on racing.
Dettori’s best season (in terms of wins) was 2004, when he rode 195 winners in Britain. But, once again, it is the strike rate that punters should be looking at. He rides in far fewer races these days, but his win percentage is still incredible. In 2019, for example, Dettori rode 255 GB races, winning 66 – that’s a strike rate of 26%. Incredible stuff.
Of course, naysayers would claim that Dettori’s win rate is so high only because he gets to pick the best mounts. There’s some truth in that, but that discounts the other brilliant jockeys (on other brilliant horses) in any given race. Dettori has won on short-priced favourites and long-odds unfancied mounts alike. He just keeps delivering even when people say his career is over. He can’t win every race – no jockey does – but if he is on your selection, you’ve always got a chance.
Photo: Archie R
Posted by TO at 18:23